Oreo dirt cake (Oreo dirt pudding) is made up of layers of crushed Oreo’s and a creamy french vanilla pudding mixture. This no-bake dessert is easy to put together and can be made ahead for your next gathering. Add some gummy worms to make it really look like “dirt” and the kids (and adults) will love it! 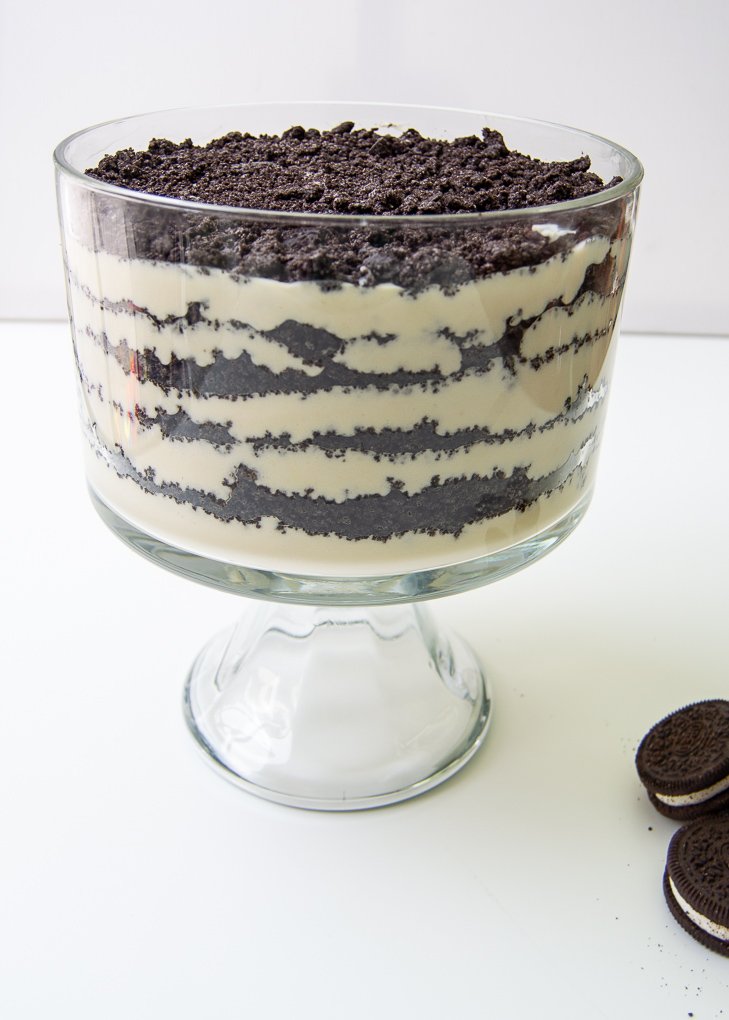 I told the kids I was making dirt today. They said, “Dirt? Ew gross! We won’t eat that!” They didn’t know that it was really this decadent Oreo dirt cake/pudding. So then I did a little laugh and said, “Ok! More for me!”

I’m not sure if it’s called Oreo Dirt Cake or Oreo Dirt Pudding. I simply call it “dirt” because the Oreos make it look like actual dirt. It has two layers: crushed Oreos and the pudding mixture. The pudding layer is French vanilla pudding, whipped cream, sugar, butter and cream cheese.

How to Serve Dirt

I typically serve Oreo dirt cake in a glass trifle dish like the one shown. You can also serve it in a 9″x 13″ dish, but you will likely only get two layers. If you want to make it look more like real dirt, you can serve it in a flower pot and add gummy worms to the tops. For Fall or Halloween, you could add candy pumpkins to make it look like pumpkin patch. For a party, you can also dish these up in individual cups. Either way you dress it up, it is still delicious and simple to make. 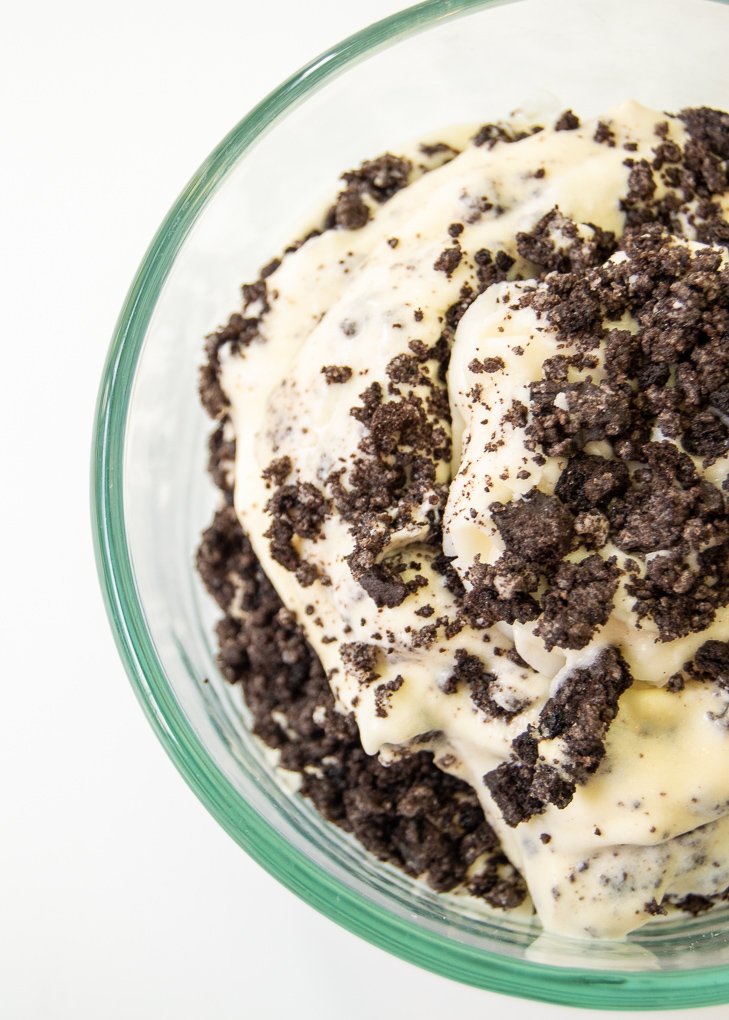 How to Make Dirt

Mix the milk and two (3.4 oz) French vanilla pudding packages. Then cover the pudding with plastic wrap and chill in the fridge while you crush the Oreos.

Chop the Oreos in half and then pulse them in a food processor a few times. If you don’t have a food processor, simply put them in a plastic bag and smash them with a rolling pin. I suggest this method. It is great for stress. 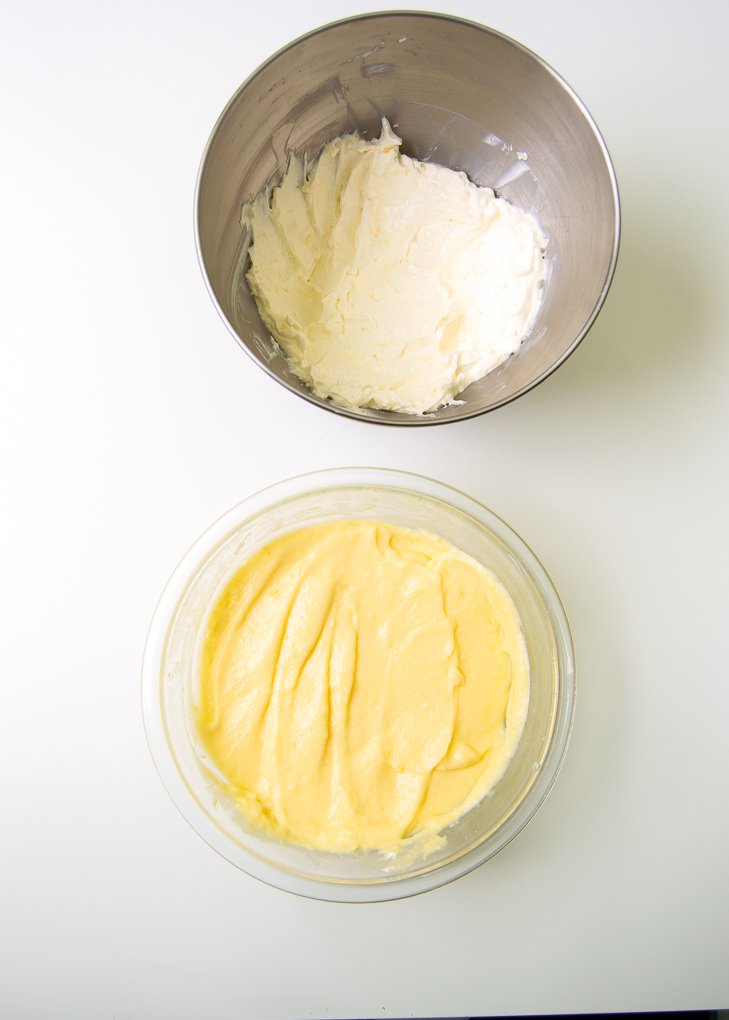 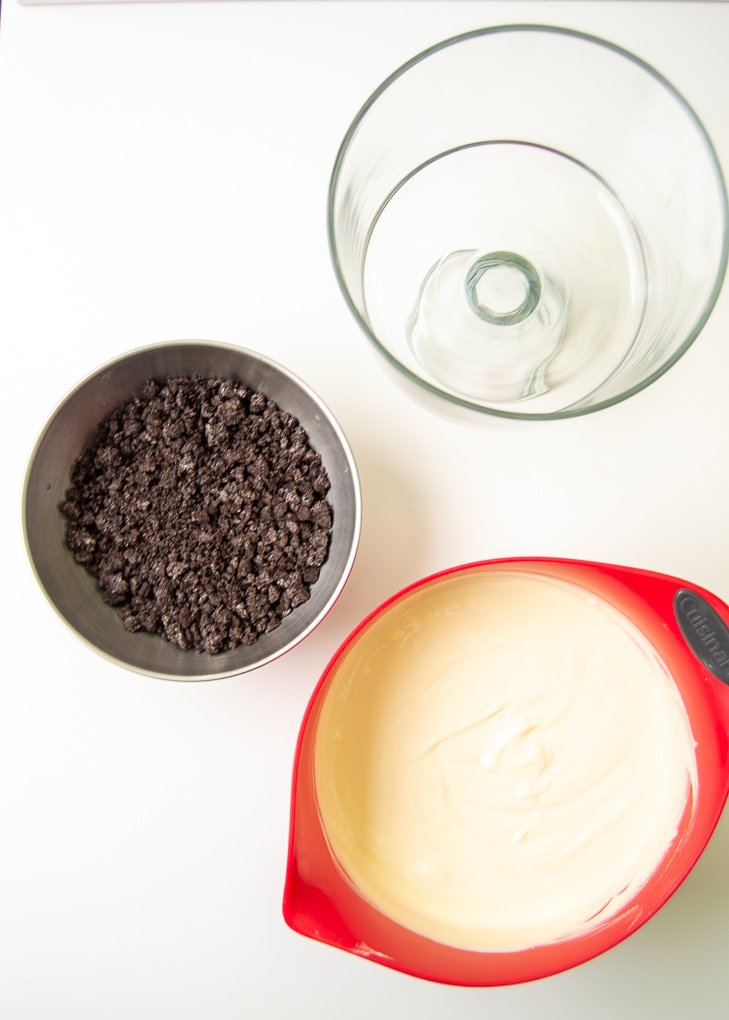 Now that you have the Oreos and pudding mixture, it is time to start creating the layered dirt cake. Start with the pudding mix (about two cups). Then sprinkle the crushed Oreos. Keep repeating the steps until you have filled the dish. Then, the hardest part…chill for 3-4 hours. 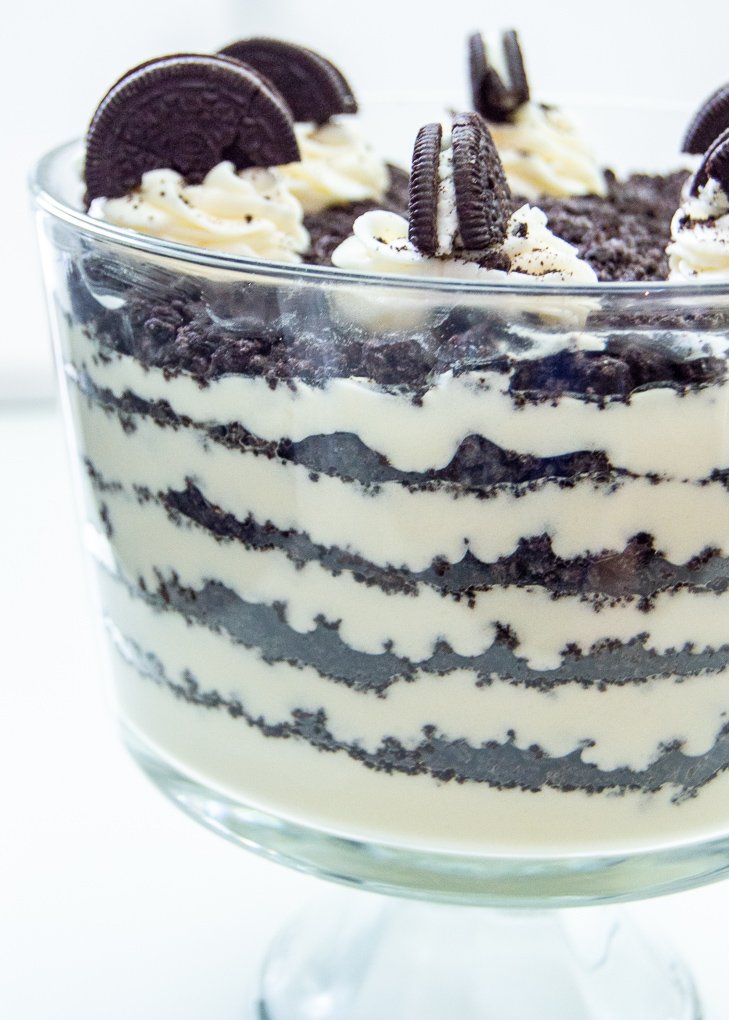 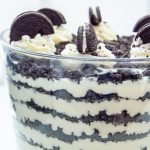 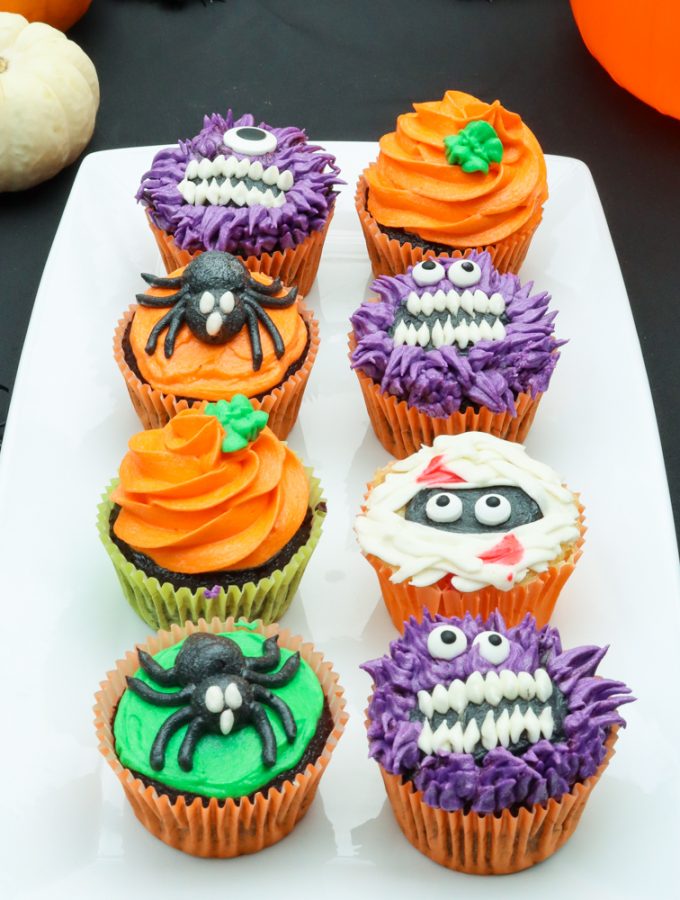 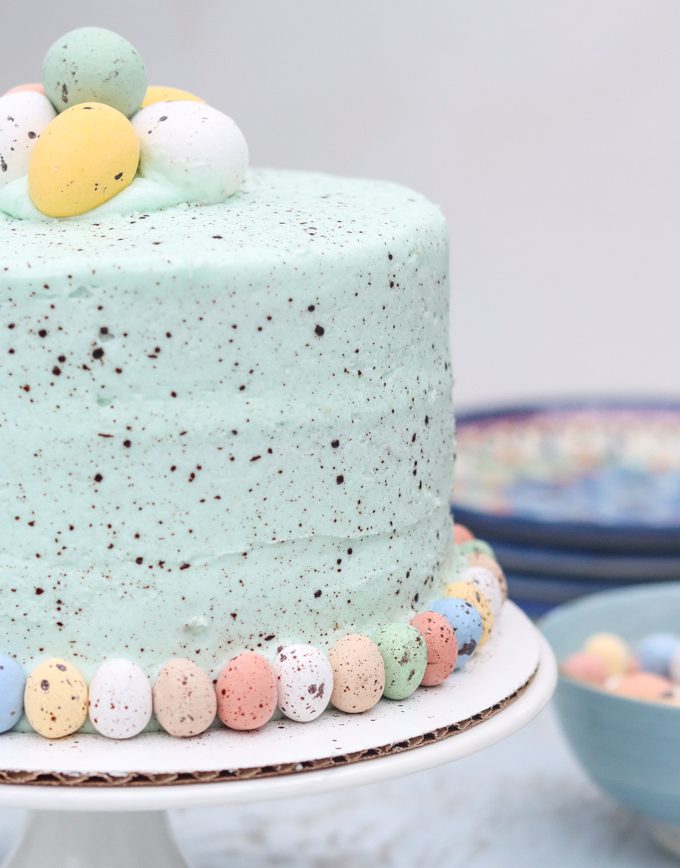 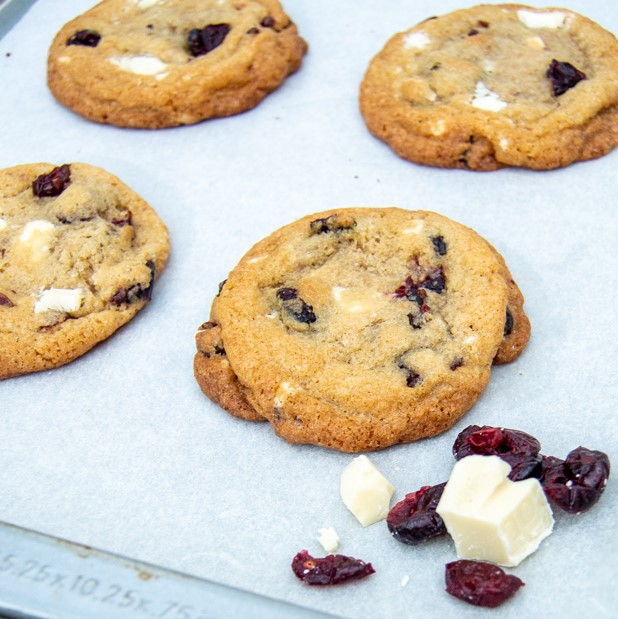 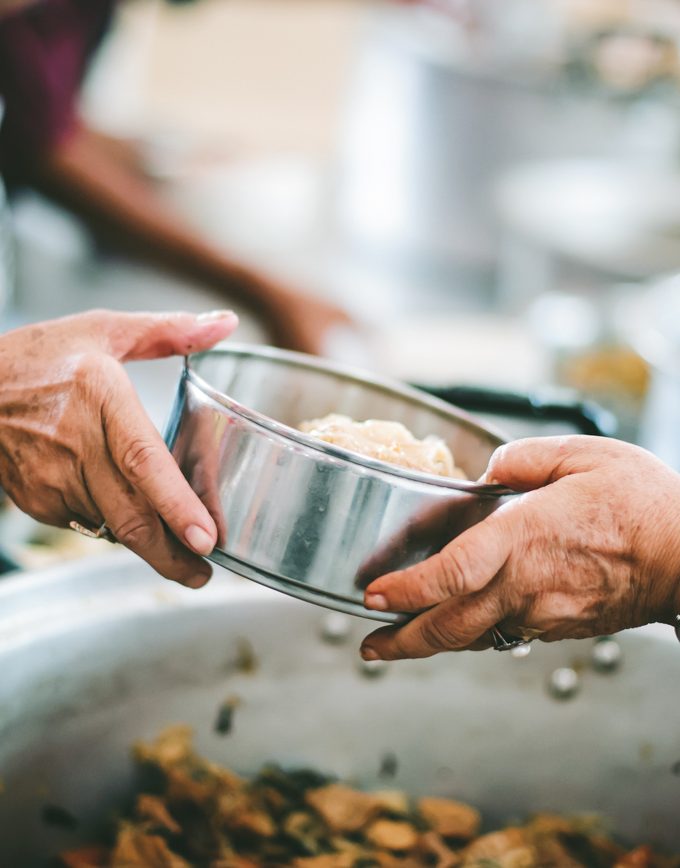 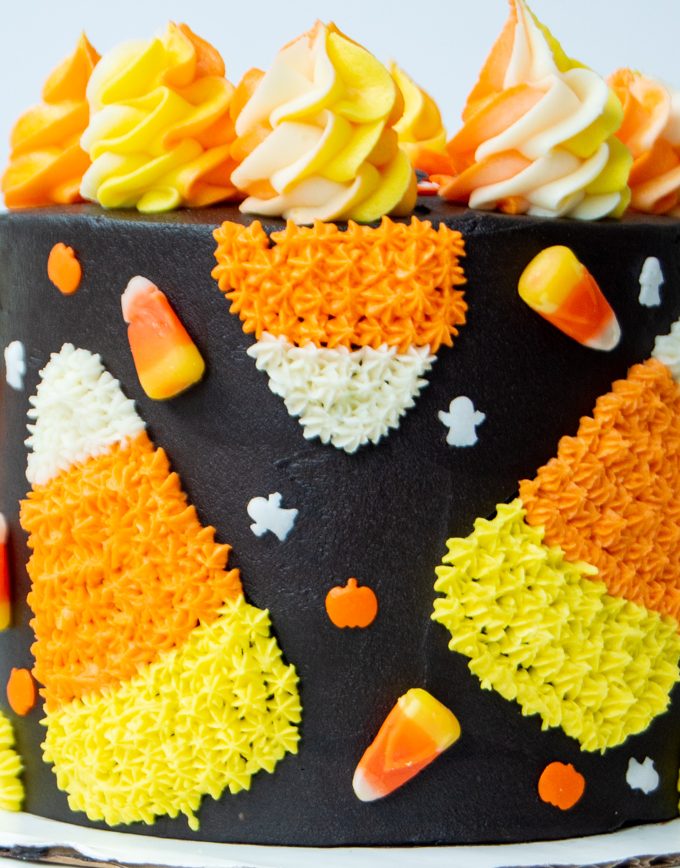 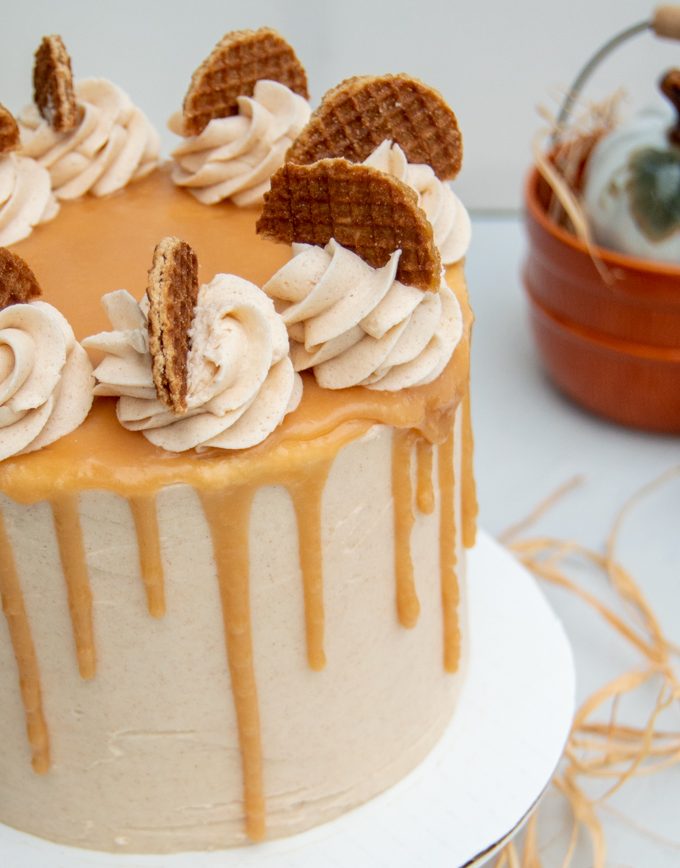 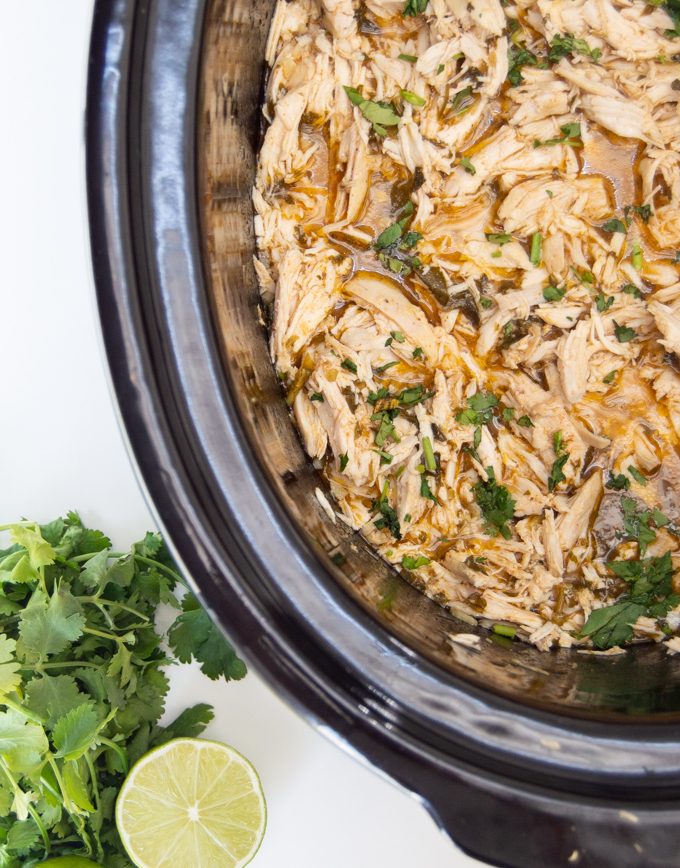 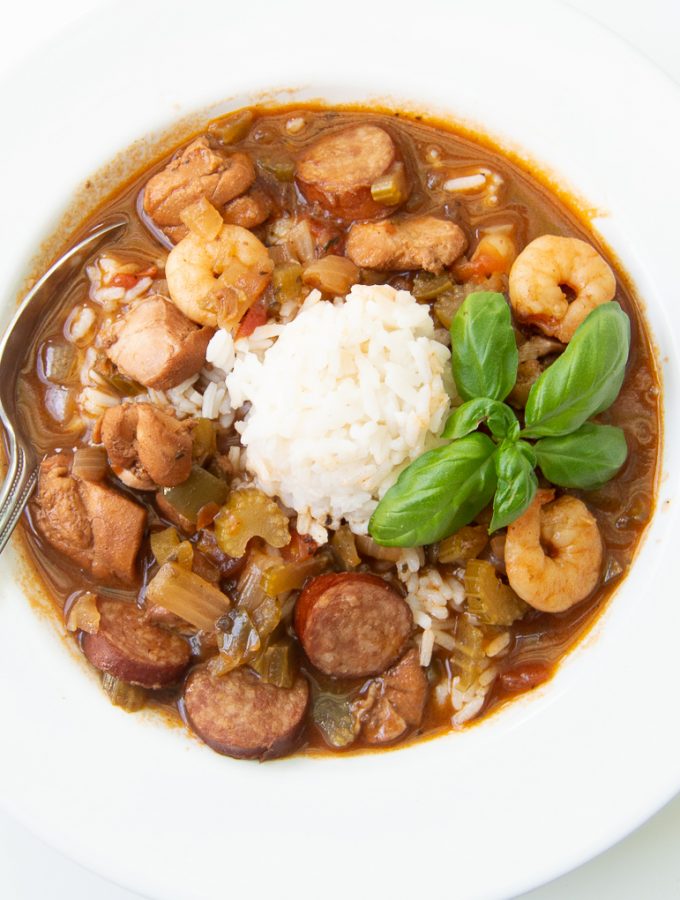 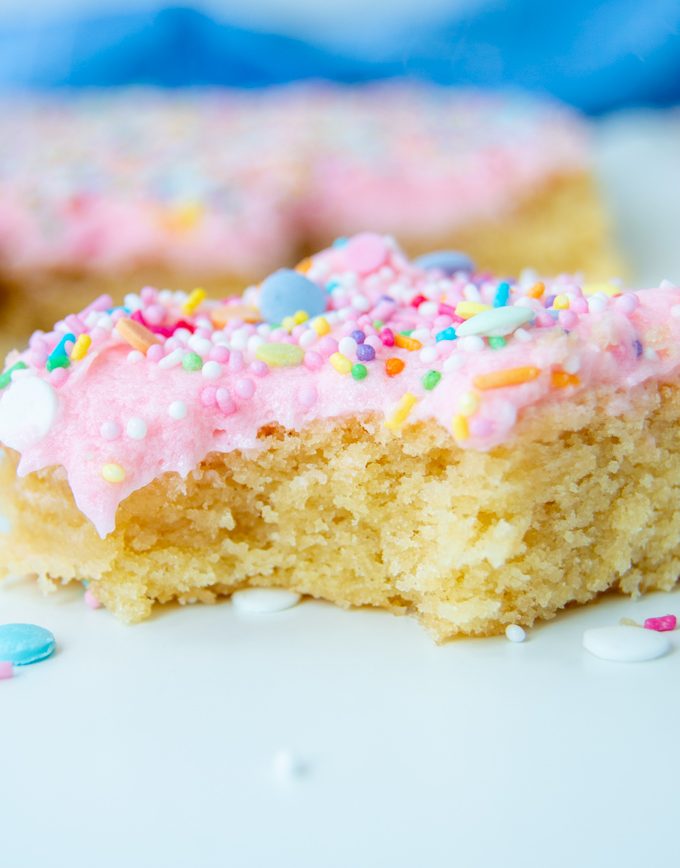